Are you looking for a more personalised Nymphenburg Palace Tour with your own guide and starting time of your choice?

The tour starts in front of the main entrance of the palaces at the cashier’s window.

A pick up from your hotel is possible.

By 1662, Duke Ferdinand Maria and his wife Henriette Adelaide of Savoy had already been married for 10 years. Although they had had a daughter, it wasn’t enough. They still needed a male heir to inherit the Bavarian throne. So, when in 1663 a boy was born, Ferdinand Maria was overjoyed, and out of gratitude, he gifted his wife a plot of land located about 5 km distant from Munich’s city gates.

Adelaide, who initially was from Turin decided to commission a fellow Italian, Agostino Barelli, as architect to build them a palace which was to serve as the Bavarian royal family summer residence. Construction began in 1664, but it took until the 19th century to be fully completed. It’s no wonder when one considers that the 632m wide façade surpasses even that of Versailles. Most of the interiors are public in the form of administrative offices or for the museum, but some rooms are also used privately by the Wittelsbach family.

The tour includes the main castle interiors, the stable with its many antique carriages, the hunting lodge and the orangery, where you can round off your tour at their café with a view of the greenhouses and beautiful castle grounds. 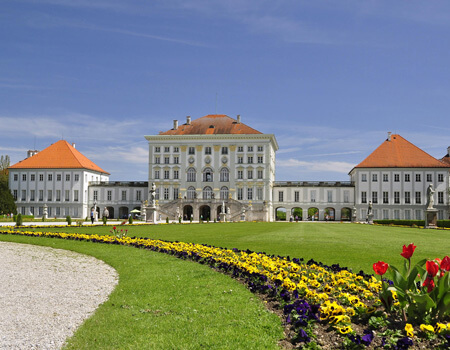 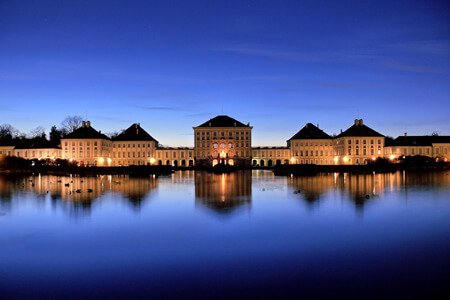 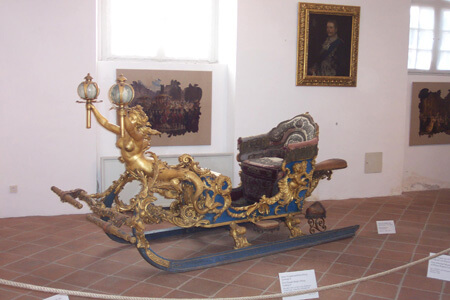 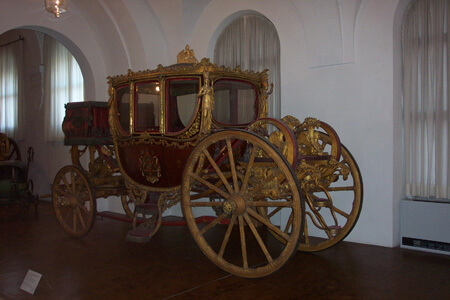